Notice Board The online hub for club information

Officer of the Day Duty Roster 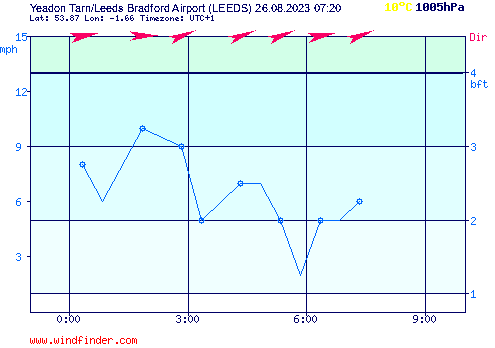 Link to launch in a separate window

1928 - Yeadon Sailing Club was founded, the initial rules ensured that all boats would cost a maximum of £20.00 and be built within 30 miles of Yeadon. Yeadon means water on the hill.

The original club house for 12 boats.

1929 - Saw the construction of the first boat house, a corrugated tin hut constructed half way up the eastern side of the Dam with room to store about 12 boats in two tiers. The original island was blown up and the current one was later built with a hut for the swan population.

1934 - The price restriction was lifted and the first boat to exceed the £20 limit was launched.

1935 - The rocks were put in place around the edge of the dam to protect from erosion.

1937 - Bradford Model Boat club who had shared the Dam with YSC moved to Larkfield Tarn at Rawdon as the new rocks were doing too much damage to the delicate craft.

1945-6 - The Tarn was refilled and interest in sailing was again beginning but the Dam had serious weed problems having been empty for so long.

1949 - The Tarn was drained and bulldozers moved in to clear the bottom of the Tarn. Sadly the area above the island has a rock base and it was not possible to increase the depth in this area.

1950’s - Class dinghies such as Cadets, National 12’s, Herons and Graduates began to be introduced into the club. Boats were stored upstairs in an old mill above a bus garage. Access was via two girders and boats were winched up through an upstairs doorway strapped firmly to their trolleys

1954 - The club built its first Dinghy Park which occupied an area towards the back of the current dinghy park. Alongside the esplanade between the current clubhouse and slipway was a Novelty Golf area and a dirt road ran between this and the old dinghy park with its cinder covered surface. (A readily available and cheap material when Yeadon had lots of mills!

1956 - The first “Sailing Pavilion” was constructed on the present site. This consisted of a 30ft by 10 ft hut with a veranda on the front and two very small changing cubicles. The building was well used especially on Saturday evenings when the club skiffle group would entertain the members most of whom stayed on well into the evening.

1962 - In the February of this year a severe gale blew the pavilion down and the roof into the tarn where it was spotted and reported by a member walking his Border Terrier round the Dam. The pavilion was temporarily reconstructed and held down with wire ropes over the roof to prevent a similar occurrence.

1963-4 - The present clubhouse was constructed by working parties entirely made up of volunteer members of the club with all the frames being built in the pavilion prior to its final demolition and the laying of the new foundations.

1970’s - Club training nights began, the highlight of our Commodore’s Weekends were the disco’s and the annual Southport 24 Hour Race was a major feature of our social calendar. We also had our first expedition into Europe in 1977 in conjunction with the Bradford twin town of Vervier in Belgium. Four members went over to the Yacht Club De la Warche to compete in their regatta with borrowed boats and local crews. A great event and in 1979 they came back for a return visit but sadly the event was not repeated. In the early 70’s the council decided to stop the hired rowing boats which had been a feature of the Dam for many years. With turnouts of 20+ most weekends and up to fifteen rowing boats on the water sailing in those days was always exciting.

1980’s - One of the key developments was the proliferation of new single-handed boats. The old methods of learning to sail by crewing and then moving on were often replaced by club training or an RYA course and then buying a single handed dinghy.

1990’s - Club training continued to improve and Tuesday evening classes often saw the largest turnout of boats other than Commodore’s Weekend. Training also expanded to cover race training especially for junior sailors and it is thought to be this effort that has resulted in Yeadon being so successful currently.

2000+ - The club continues to go from strength to strength with a good range of ages all enjoying the club facilities. Want to know more? Then read on and continue to support your club!